This item is a facsimile of a portolan map of Africa from 1502 with no known creator. The facsimile was produced in 1886 in the French publication Bulletin de geographie historique et descriptive, and is described in detail on pages 147-160 of volume 1. Note the rhumb lines in the image below, radiating out from the compass roses at the left and right borders of the map, likely indicating sailing routes. At the time of publication, the map had just been recently discovered in London. Despite the article being in French, the map is in Portuguese. 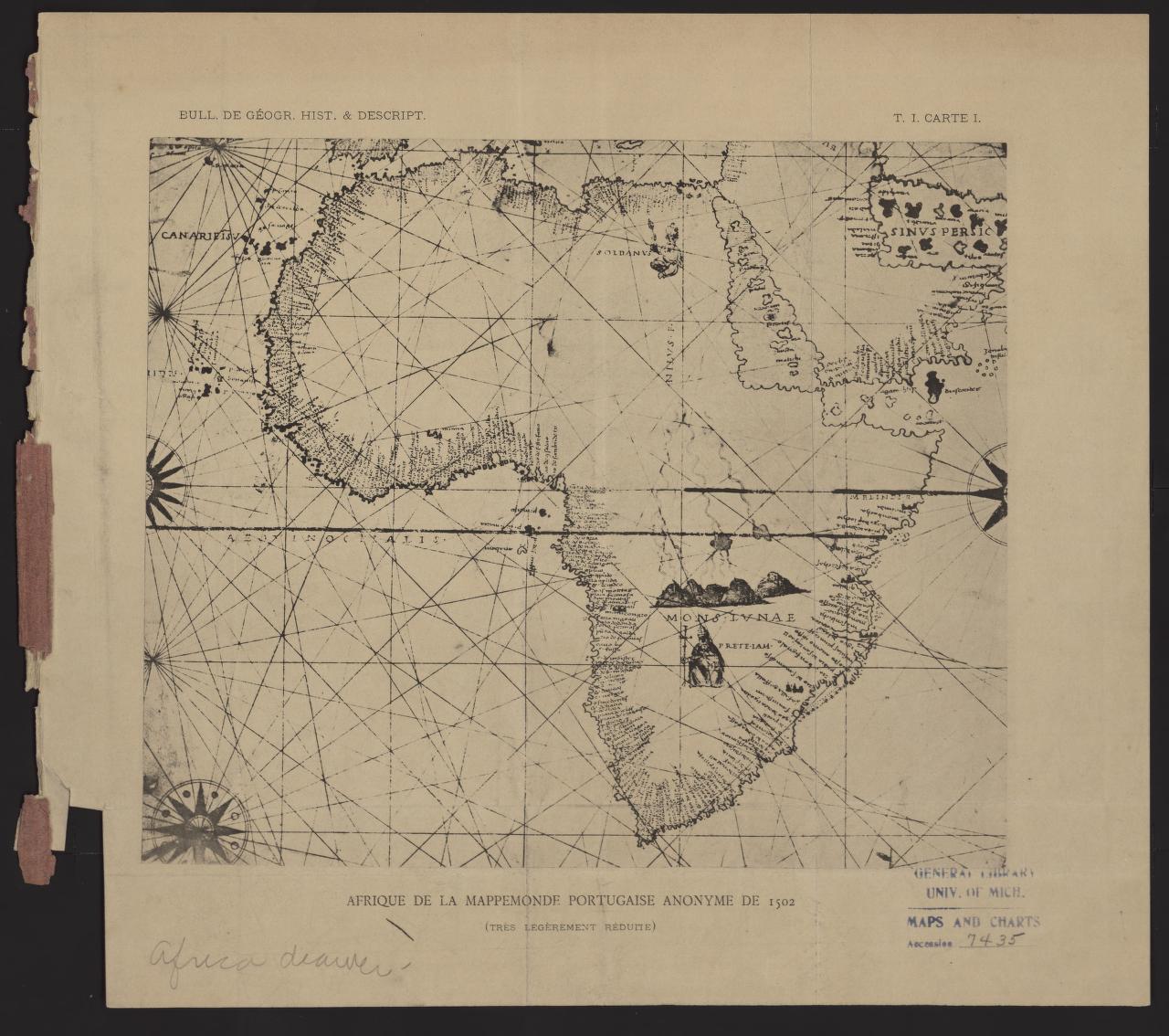 Caroline Kayko is the Map & Geospatial Data Librarian at the University of Michigan.