This is black and white aerial imagery captured in 2003 for Cook County, Illinois at 6 inch pixel resolution. The imagery was taken with panchromatic film, which is film sensitive to all wavelengths of visible light and capable of high spatial resolution.

The Cook County imagery dating from 1998 is discoverable in the geoportal. Cook County Government makes the data available through the Cook Central Open Data Portal as a web service and as a downloadable data set. 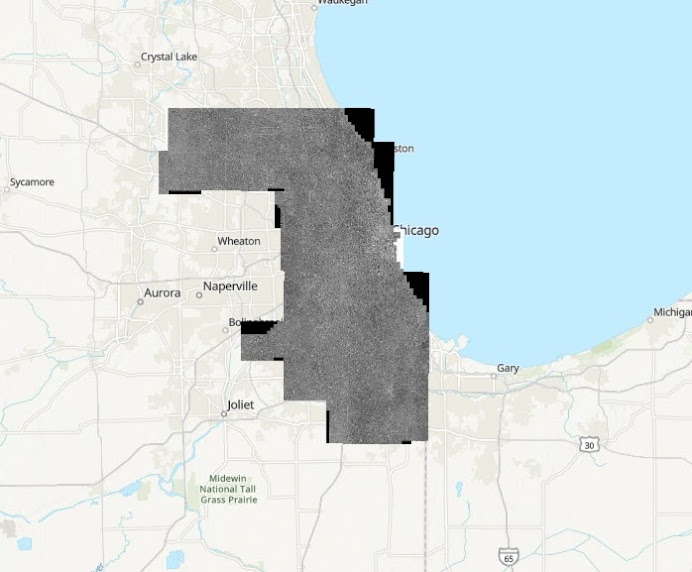 Check out these before and after images:

Home of the White Sox, Comiskey Park was renamed U.S. Cellular Field in 2003. Open green space is visible across I-90 to the west.

Cecilia Smith is the GIS & Maps Librarian at the University of Chicago.