Featured item: Map showing the distribution of the native tribes of Alaska and adjoining territory 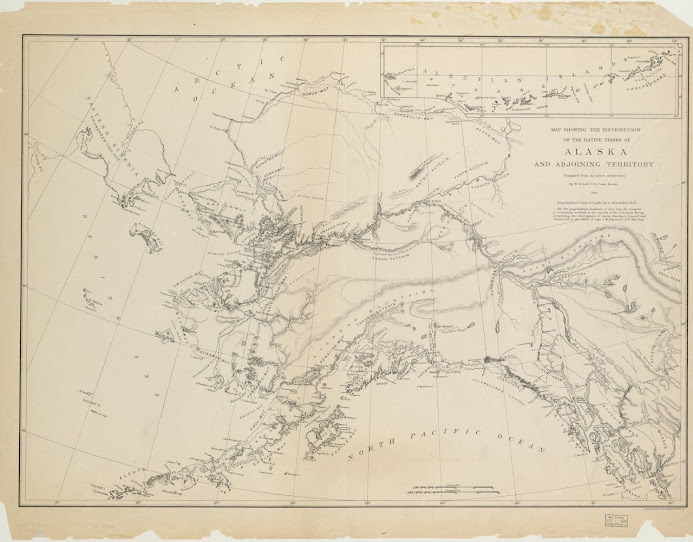 Alaska formally transferred from Russia to the United States as a territory 153 years ago on October 18, 1867. Take a look back in time at this U.S. government-issued map of the Alaskan Territory made in 1875. It was made to consolidate the government’s understanding of the distribution of Alaska’s indigenous people. The map uses different names and spelling than what is used today.

The entire Territory barely had a population of around 30,000 at the time. An inflow of people from the Lower 48 states didn’t happen until gold was discovered 25 years after the making of this map. 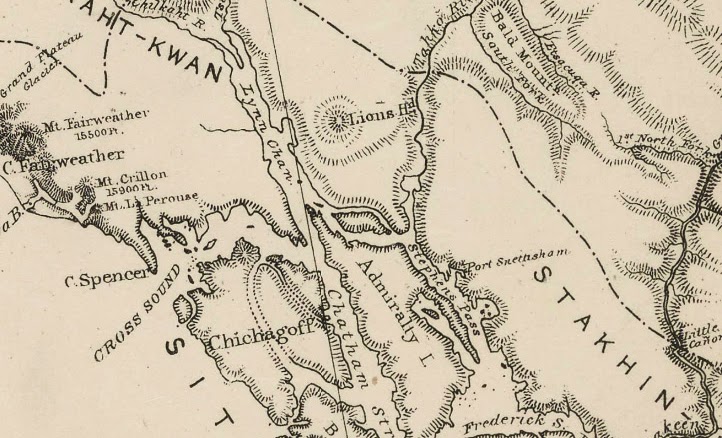 Detail: The future site of Juneau, Alaska in 1875