Featured Item: [Europe as a woman]. 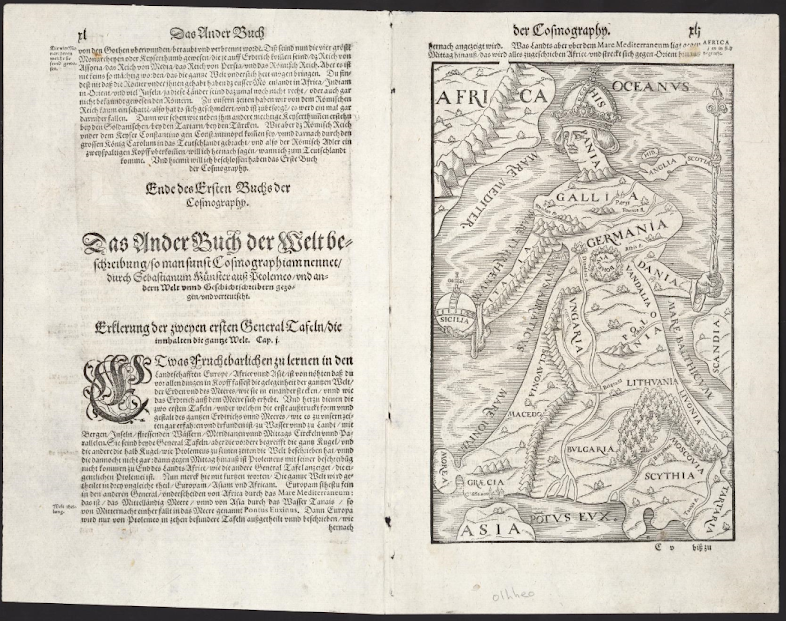 [Europe as a woman]

This item, titled in our catalog [Europe as a woman], is a version of the Europa Regina appearing in one of the volumes of Sebastian Münster’s Cosmographia. Münster was a 16th century German cartographer, and Cosmographia was the first German-language depiction of the world. The original Europa Regina was drawn by Johannes Putsch, a poet. This map gained popularity in the late 16th century after being included in one of the later versions of Cosmographia. 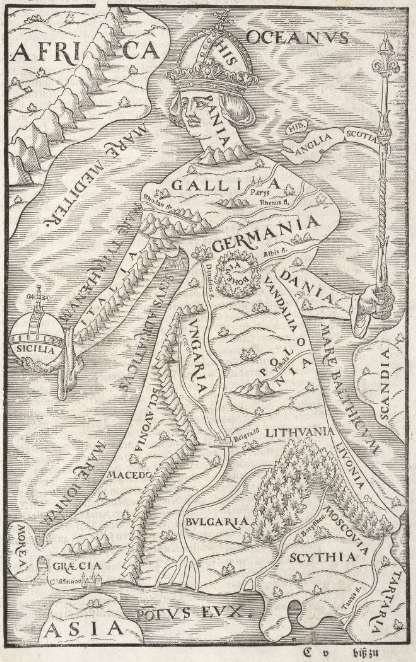 A close up of the map itself.

Have questions about this item, the BTAA geoportal, or maps and geospatial data in general? Please don’t hesitate to contact our project team!

Caroline Kayko is the Map & Geospatial Data Librarian at the University of Michigan.